Born in Paris on March 3rd 1973, Prince Charles-Philippe d’Orléans, duke of Anjou, is a member of the French royal family, of which his cousin, Prince Jean of France, count of Paris, is the head. He’s the eldest son of Prince Michel d’Évreux and Princess Béatrice d’Évreux, count and countess of Évreux.

Prince Charles-Philippe spends his childhood and part of his teenage years in Spain, where his parents live since 1973. He studies political sciences and international relations both in France and Switzerland.

The prince starts his career at the United Nations High Commissioner for Refugees (UNHCR) and is sent on a mission to Rwanda during the genocide of 1994. The duke of Anjou then becomes a career officer in 1995 at the heart of the External Relations Department, then becomes press officer of the Ministry of Defense, as a specialist in crisis communication. He realises countless external missions in theatres of war on the account of the NATO and the United Nations, mainly in ex-Yugoslavia and in Africa. In 2001, he is seconded to the French presidency of the European Union to create the reception centre for foreign press under the supervision of the Ministry of Foreign Affairs.

Prince Charles-Philippe leaves the Ministry of Defence to resume postgraduate studies at the Sorbonne and founds a consulting agency in economic intelligence and politico-military studies. In 2013, he founds the communication agency CROWN and in 2018, he founds a consulting cabinet in international development specialised in renewable energy in sub-Saharan Africa. He is also in charge of mission at the Foundation Prince Albert II of Monaco.

The prince is Grand Master Emeritus at the Military and Hospitaller Order of Saint-Lazarus of Jerusalem, where he was in function from 2004 up until 2010 and is currently the President of the Government Council and Grand Prior of France.

Back to the Executive Committee

The Club des Etoiles organizes events that bring together decision-makers and personalities, Belgian and international, during lunches, dinners, conferences, visits or even trips.
Facebook-f Instagram Youtube 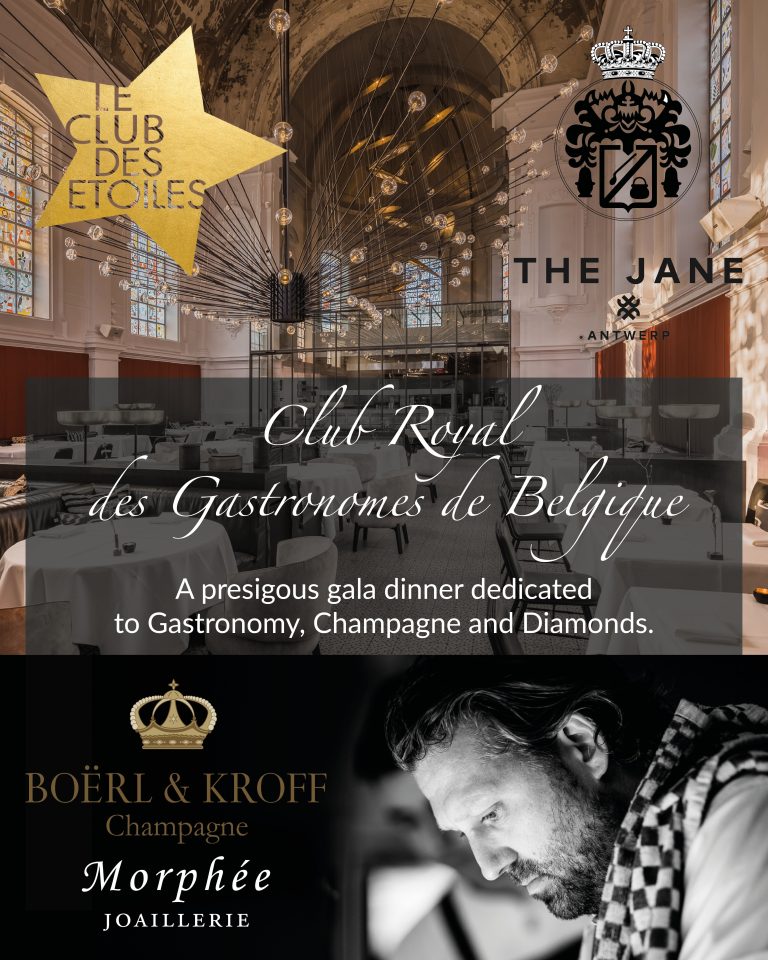 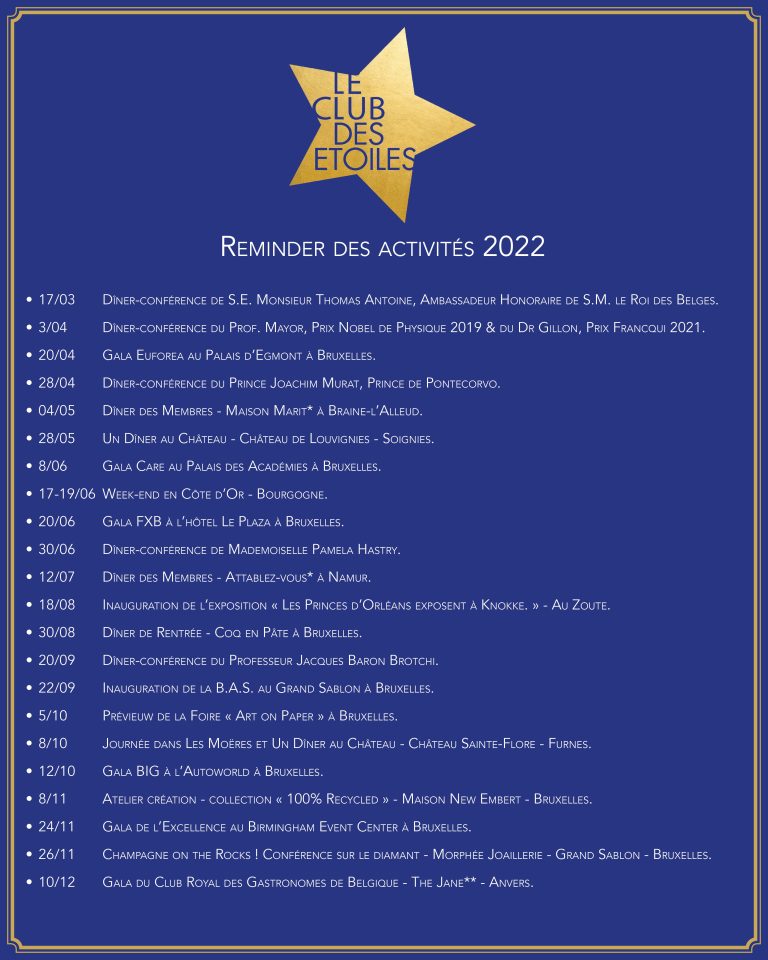 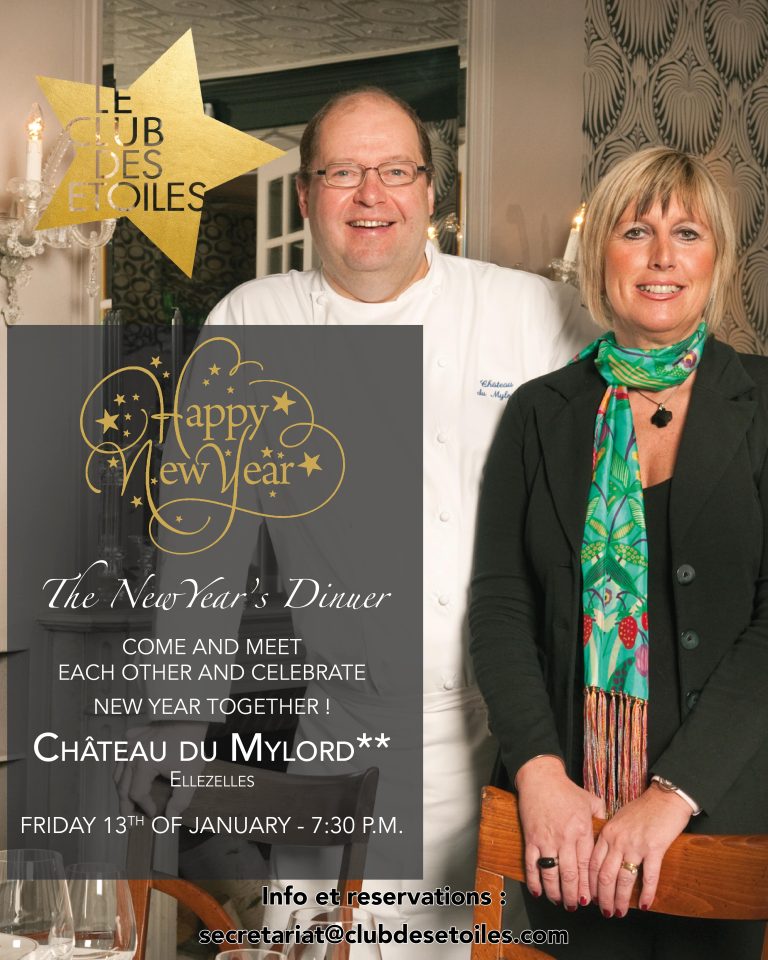